Eaglehawk was once a large station with an extensive goods yard. Although the large station building remains it is no longer used for railway purposes with only the platform used by train passengers. The station has been straight railed with the only signalling being for the junction at the DOWN end. The goods shed and crane are no longer connected to the track network. Recently a number of Bendigo train services have been extended to terminate at Eaglehawk. The station was previously quite poorly serviced with only the single Swan Hill passenger train stopping their each day, despite the station being located only a short distance from Bendigo as an outer suburb. The station building is now used by an employment and training business. 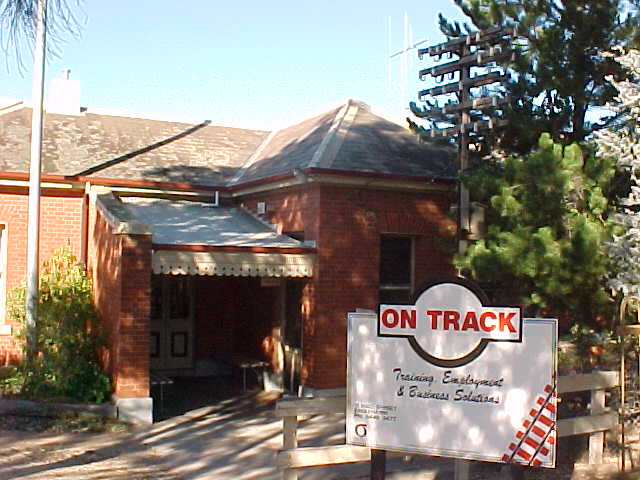 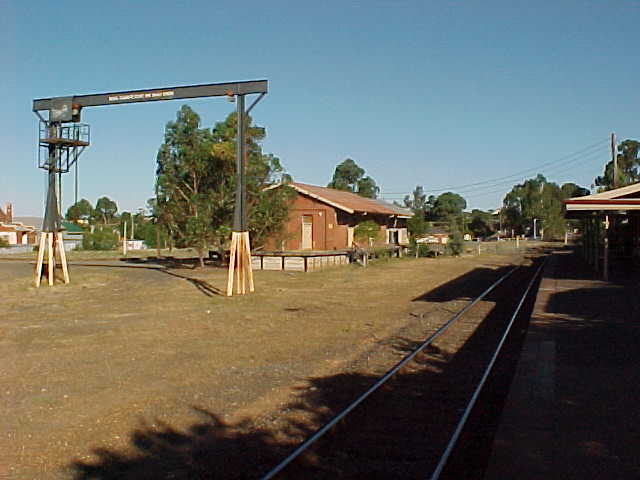 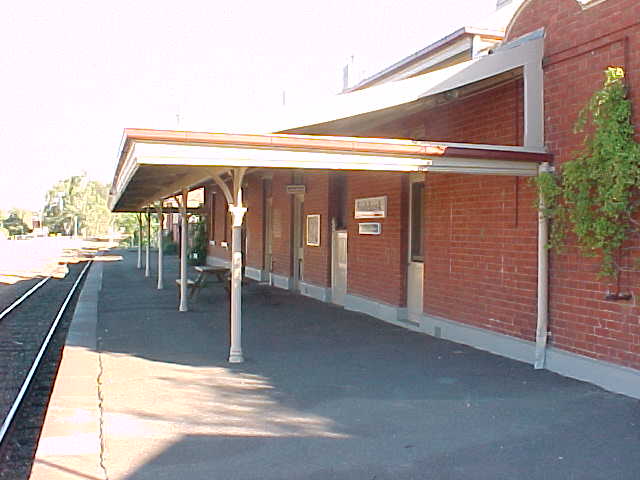 Looking UP along platform

Looking DOWN along platform 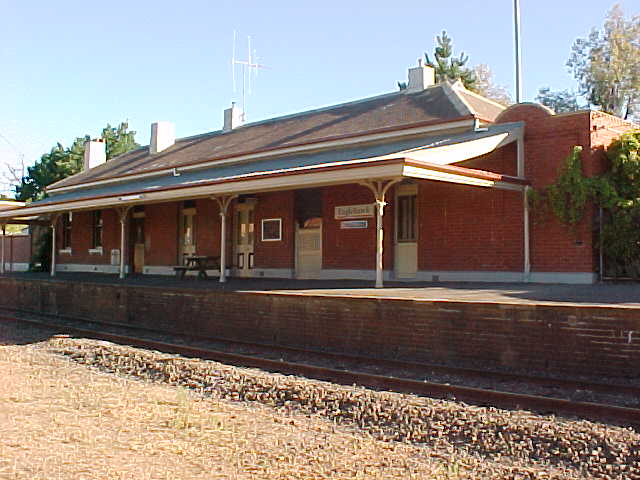 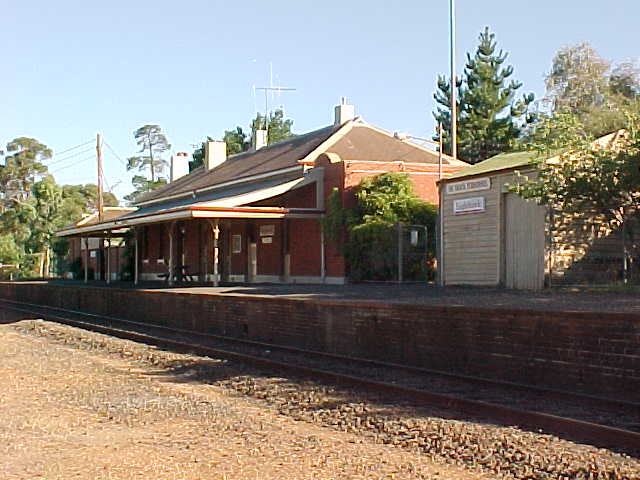 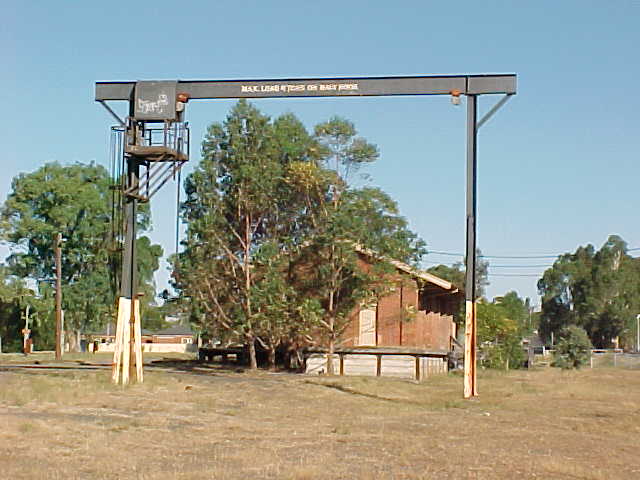 UP DOWN (Yungera Line) DOWN (Robinvale Line)